Krugozor is monthly Soviet and Russian literary and musical as well as public affairs pictorial magazine with audio package of a flexible disk. It was published from 1964 to 1992. 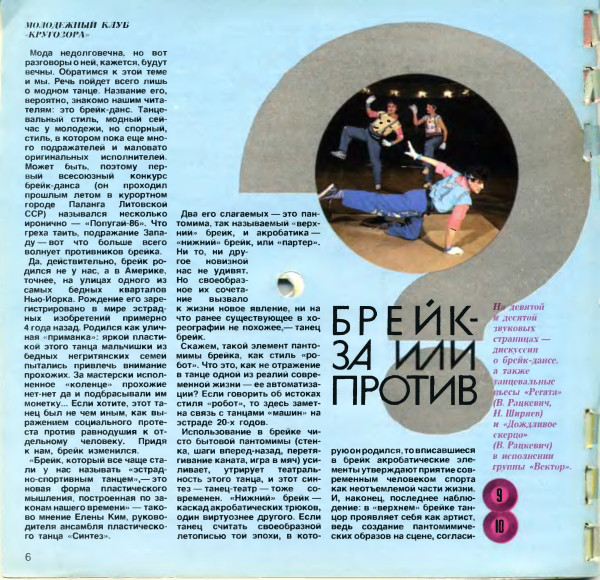 The magazine was published by the State Television and Radio Committee with the USSR Ministers Council (Moscow, ISSN:0130-2698). It was issued by Pravda publishing house and All-Union Phonograph Record Company. The magazine’s editorial office was firstly located at the State Committee at Patnitskaya 25, 2nd floor of the technical block. Then, for a short while, it was moved to Ostankino Television Centre building at Koroleva 12, after which it returned to the original location at Patynitskaya 25 up to the day of its closing.

The magazine contained 16 pages, 4 of which took the cover (also with published features) and 6 flexible two-sided discs with 33⅓ rounds per minute, each disc side had at least 7 minutes of sound. So-called “continuous” articles were frequently a case where the beginning of it was printed in the magazine along with pictures and the rest was meant for listening.

Despite the interesting idea, the technical implementation had its difficulties: since after opening the magazine copy at a certain page one had to place it on an electric phonograph. However, the location and the form of the disc were heavily altered by somewhat deformed paper layers. These deformations mounted on top of each other which lead to the needle sliding off the disc. For this reason, sometimes, one had to tear off or cut out the disc with scissors. 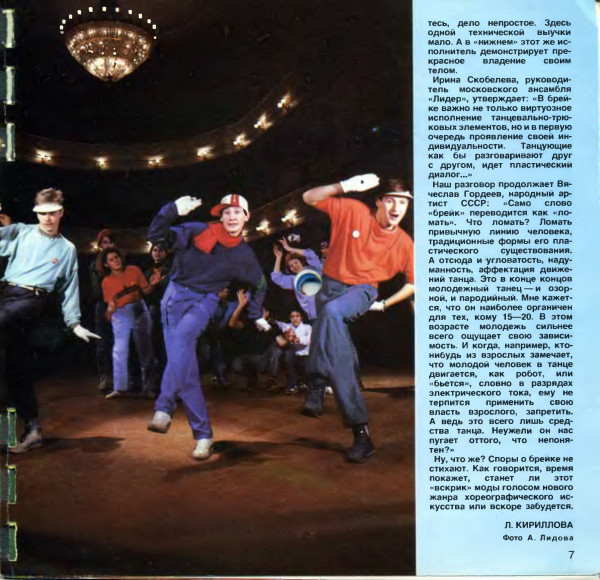 The originators of the magazine were Yurii Vizbor, who worked on it for 7 years from the day of its establishment, LIudmila Petrushevskaya, poet Evgenii Khramov.

The themes were documentary and chronical as well as artisanal records with the performances of state and public figures, art masters, and also the best features of classical and contemporary art, folk art, literature, music, theatre, and showbusiness.

The magazine featured the songs by Soviet variety entertainment stars: I. Kobzon, V. Obodzinsky, S. Rotaru, A. Pugacheva, along with many other popular bands (Pesnyary, Samotsvety, Plamya), as well as multiple foreign famous artist, the demand for which was increasingly higher than the supply.


The first chief editor of Krugozor was Boris Mikhailovich Khessin, who afterwards went on to work as the head at Ekran television union. His deputy was E.S. Velistov and a number of statemen after him. By mid 1980’s the position was taken by the magazine employee, journalist, writer Sergey Esin, who later on became the rector at the Institute of Literature for many years.

There were also special editions of Krugozor published in Russian, English, German, Japanese, and other languages. The first audio-book in the USSR (on Lenin) was released by Krugozor celebrating Leaders’ 100th birthday anniversary (1970).

In 1992, the magazine was shut down to due financial complications.