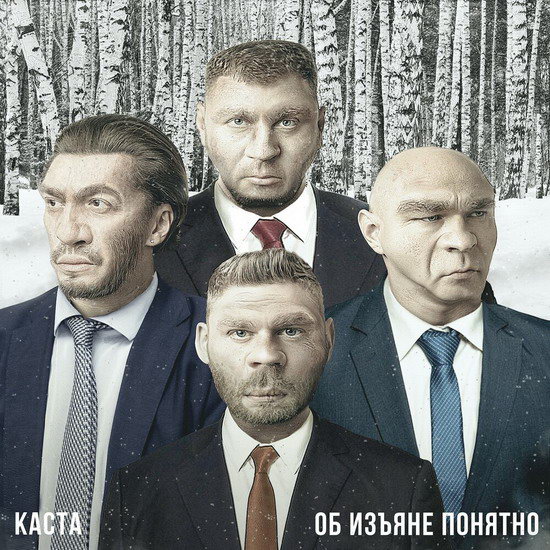 Kasta has released a new album titled “Ob Izyane Ponyatno” (Clearly of Flaws). This is the fourth studio record in their discography, it was released the same year as the band’s twentieth anniversary. The album includes 13 tracks, among which are a collaboration with Kamazz and Kasta’s verson of the Russian national anthem, which was already made available to the public in November.

The album’s presentation will be held at Saint Petersburg club Morze on January 24th and at Moscow venue Stadium on January 25th.

Intermedia also reminds you: the previous Kasta album “Chetyrekhglavy Oryet” (For-headed shouts) came out in 2017. In the fall of this year, one of the band’s members Vadi released his solo record “Drugoe Slovo” (Other Kind of the Word).

3. A young man with a young woman