The Meters, a funk and soul group from New Orleans, originally included drummer Joseph “Zigaboo” Modeliste, keyboardist Art Neville, guitarist Leo Nocentelli, and bassist George Porter, Jr. Percussionist Cyril Neville joined the band in 1974. The group recorded for the Josie and Reprise labels, and placed ten singles in the Billboard rhythm and blues (R&B) charts between 1969 and 1971. Celebrated for their New Orleans-inﬂected, danceable instrumentals, The Meters helped deﬁne the funk genre in the early 1970s. More recently, their compositions have enjoyed popularity as “samples” used by rap music producers. The group took shape in 1967, when Art Neville decided to pare down his larger band, The Neville Sound, to a smaller outﬁt to perform as the house band at The Ivanhoe on Bourbon Street. Neville played a Hammond B3 organ, backed by a tight rhythm section of drums, bass, and guitar. The quartet’s extended, sparse instrumental grooves quickly earned them a loyal local following. Producers Allen Toussaint and Marshall Sehorn frequently hired them as studio musicians to back local artists, including Lee Dorsey and Betty Harris in Cosimo Matassa’s studio. In 1969, they joined the Josie Records roster, and adopted the name The Meters as a reference to their precise rhythmic sensibility. In a string of successes rare for a largely instrumental group, their ﬁrst four singles charted on Billboard’s Hot 100 in 1969. In each of their three albums recorded for Josie—The Meters, Look-Ka Py Py, and Struttin’—the group relied on a mixture of originals and cover versions of popular songs infused with a gritty New Orleans funk sensibility. In 1972, The Meters moved to Reprise Records, where they released Cabbage Alley (which featured vocal performances by Art Neville), followed by Rejuvenation in 1974. Percussionist and vocalist Cyril Neville joined the band as they prepared to tour as the opening act for the Rolling Stones in 1975 and 1976. The group’s subsequent releases for Reprise included Fire On The Bayou and Trick Bag. Throughout The Meters’s career, New Orleans vernacular music and Carnival culture remained important sources of inspiration. Songs like “Hey Pocky Way” reﬂected the inﬂuence of the Mardi Gras Indians, while the group paid tribute to their forerunners by covering hits from previous eras such as “Mardi Gras Mambo” and “Trick Bag.” The group also backed other artists, helping to create hits for fellow New Orleanian Malcolm “Dr. John” Rebennack (“Right Place, Right Time,” 1973) and the group Labelle (“Lady Marmalade,” 1975). They also contributed much of the music for British rocker Robert Palmer’s 1974 album Sneakin’ Sally through the Alley, although their eﬀorts went unacknowledged when the album was released. Following the dissolution of the relationship between the Nevilles and longtime producer Allen Toussaint in 1977, they recorded their last studio album, New Directions, before disbanding in 1979. In recent decades, several reunions of the group have featured various personnel. 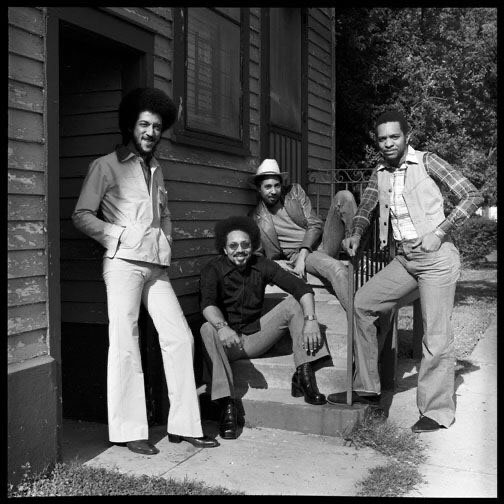